It is probably a big coincidence that the 11th district of Vienna was already mentioned in the 11th century. Thus, Simmering, as the local people call their district, became a part of Vienna much earlier than many other districts. This is why also the history behind the district is more than changeable and exciting. For a long time, Simmering was considered as the centre of the brewery in the city. Despite the high revenues, Simmering was for many centuries rather a small village than a real community. Only in the middle of the 19th century the famous Rinnböck houses were built and finally the upswing could begin. But Simmering gained world fame for a completely different reason: the central cemetery with its numerous graves. But also the Gasometer is a landmark of the district. Today, Vienna 1110 is a good place to live, as you probably already know. But there can always be some problems, especially with your own front door. Don't panic now, just call the locksmith at Wien 1110!

A key service with experience

Locks and keys have changed over the centuries. In the beginning there were only simple locks, which even you would be able to open today without any previous knowledge or special tools. Over the decades, the desire for more security has grown. So the locks were further developed until the first security locks appeared. The aim was always more security to prevent anyone from simply breaking into your house. Of course, as locksmiths Vienna 1110, we dealt with the long history of locks. Accordingly, we have accumulated a lot of experience from which you can now benefit. We are always dealing with the latest models on the lock and security technology market and thus find a solution for every problem. We are not resting on our laurels, but our knowledge should continue to grow. You also benefit from our experience, because we have faced almost every challenge. Accordingly, we help quickly and competently.

24/7 in action for you in Simmering

You cannot choose when a key/lock problem occurs. For example, in the middle of the night when you just come home from a fun evening with friends or even on a cosy holiday where you just want to fall on the couch. Your own lock can always put a spanner in the works by not doing what it should. How does it come to such a situation? Maybe you have lost your key, it has simply broken off in the lock or the lock has been damaged, so you can no longer use it properly. Under no circumstances should you take action yourself now, because it is too easy to damage your lock, which is why it must be replaced. It is better to let a professional handle the matter, as we are. Schlüsseldoc has been in use for years and is very familiar with the different locks. It does not matter when a problem arises. We are on duty as an emergency service at any time of day or night, even the day of the week is completely irrelevant. We get on the road immediately and solve your problem as quickly as possible.

Do not wait longer than 30 minutes

If you have ever called an emergency service, you may be aware of the problem that they do not exactly classify your matter as an emergency. So take your time and come by sometime, maybe even an hour or two later. This can be fatal if the door is locked, because in the meantime you have to wait in front of it. We don't give these circumstances a chance because we introduced a 30-minute guarantee years ago. As the name suggests, we guarantee that we will be at your place after 30 minutes. So you don't have to wait long or jitter at your door, but on average we will be there 24 minutes later. Unfortunately, it can also happen to us from time to time that some unforeseen events occur which delay our arrival. But don't worry, because now you will receive a discount of five euros as compensation. Our goal is always to arrive in time to help you as soon as possible. That is why we leave immediately after the call.

Your door is closed and you have no way to get in. So call a key service, they will come and take care of your problem. In the end you will be presented with the bill and you will be surprised. A tidy sum is on the bill, which you did not expect at all. Of course, an emergency service can cost a little more, but many companies take advantage of your emergency situation. You can easily pay twice as much, even though you don't have to. That is why we offer you our fixed price service. This means that you don't have to wait for the bill to tell you how much you have to pay, but you can find out on the phone. We have fixed prices for our services and calculate the surcharges on the phone. So you know exactly how much you have to pay in the end. Don't think that the prices will change much if the task on site is a little more complicated. But there are also some exceptions that occur when there is a lot of extra work. Nevertheless, you are on the safe side and do not have to worry about the costs.

Don't make the mistake of thinking that we are just a key emergency service. Schlüsseldoc is much more and has developed a lot over the last years. Our wish is that you receive all services from one source. This is the reason why we offer many different possibilities today. The focus is on new locks. Have you ever thought about whether your castle in Simmering still meets modern standards? The older your lock is, the easier it is for strangers to open it. In no time at all, a criminal will be standing in the middle of your four walls. You can prevent this with a modern and robust lock, which we have on offer. Of course we will help you to find out which lock suits you best. We will also take care of the later installation, so that you can be sure that no one else will have access to your home.

However, the front door is not even the biggest risk in your home, but many more windows. Windows are often not secured at all and therefore easy to open. Even if they are firmly closed. That is why we also offer the necessary security technology for windows, such as special fittings. But our security technology goes much further than that, which is why it is best to sit down with us. We will advise you on how we can make your home more secure. Certainly, we always take your budget and your needs into account. But our portfolio also includes a very classic service: the duplication of keys. So if you need a new key, we are there for you. 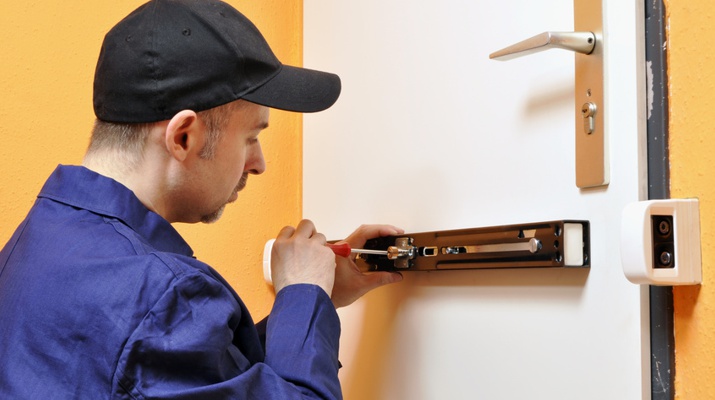 A slammed door, a broken key or a faulty lock - there are many reasons why you should call us. We operate as a key emergency service in Simmering and make sure as quickly as possible that even the most stubborn door can be opened. Of course, we have the right tools and the necessary know-how to achieve fast results. Speaking of fast, because after just 30 minutes we will be with you. So in the event of a lock emergency, call us and we will help you immediately!