In the 15th district of Vienna you can enjoy the good life, although the suburb took a little longer. It is one of the districts that experienced a relatively late development. Not until the Turkish Wars in and around Vienna, in the 17th century, Rudolfsheim-Fünfhaus could develop. The previous three villages, Rustendorf, Braunhirschen as well as Reindorf, merged into one unit. Since 1863 the community is now known as Rudolfsheim, named after Crown Prince Rudolf. Although the 15th district took considerably longer than its neighbouring regions to integrate, the area was quickly settled. In 1890 it became a Viennese district. Today, Rudolfsheim-Fünfhaus offers many different sights, although the district is more known for a relaxing life. Especially if you walk in peace and quiet across the Meiselmarkt. But also be careful, because many take advantage of your calmness and relaxation. In no time at all, someone has broken into your house and you are now facing danger. We prevent this with our modern security technology, but also many other services.

Don't give burglars a chance!

If you hear "Schlüsseldienst Wien 1150" for the first time, you will certainly think of the simple opening of doors or the duplication of keys. Of course this is part of our services, which we will go into in more detail, but first and foremost it is important to us that you can live safely in the 15th district of Vienna. Even if you only go shopping quickly, someone might break into your home and steal all your valuables. You can prevent this by choosing new door locks. Locking systems decrease in quality over the years and are therefore much easier to crack. That's why we come by your house and take a closer look at your door locks. Not only from the entrance door, but also garage, patio or balcony doors. These are often forgotten and are now the perfect access point for burglars. If we find that your locking systems no longer meet modern standards, we will of course let you know. If desired, we can now replace them. Which lock do we use? That is entirely up to you, because we offer a wide range of different models, always from high-quality and well-known companies. In this way we guarantee your security.

More protection for your home

Unfortunately, doors are not the only risk, but windows can also become a problem. Here we also offer various products, such as matching fittings. Our goal is always to make sure that nobody can penetrate you. Certainly it is not possible that a burglary can be 100 percent prevented, because criminals today are more than creative in their opening methods, but we still provide a deterrent. This means that if burglars already see increased security measures, they will not even try them. After all, the risk of being caught with such a security lock would be significantly higher than with an outdated model. Our solution is therefore deterrence.

However, our main task is not the installation of new locks, but our key emergency service. It happens again and again that you cannot open your own door. We are not only talking about the apartment or front door, but also in companies, offices or similar. Whether you have misplaced the key or the one in the lock is broken is no longer important. You cannot get in and now you need quick help. We at the locksmith service Vienna 1150 are the perfect address, because we are immediately on duty. And when we say immediately, we mean immediately. As an emergency key service we do not have fixed working hours, but we are always at your side when you need us. So don't be afraid to call us at night or on weekends. You will always be connected to a competent employee who will tell you on the phone how we can help you. If you take advantage of our service, we will get started immediately.

Gentle on the door

Surely you think that you can somehow open the door by yourself. The heroes in movies/series manage to do so, just like with a credit card or hairpins. But we strongly advise against it, because if you don't know what you are doing, you could damage your lock permanently. Even if you find the key again now, it might not work properly. That is why you should call us. We will bring the appropriate equipment with us so that we can open your door. Of course, we offer a broad portfolio, because every lock has its own characteristics. We know which ones they are and thanks to our various tools we can respond to them exactly. But the biggest advantage is that we take care of your lock. Our tools proceed carefully and thus prevent your locking system from being permanently damaged. In some cases, however, we have no other choice, as with security locks. Nevertheless, we always try to cause as little damage as possible.

30 minutes at your place

Perhaps you have already experienced the problem when you call in an emergency service provider. You have called and even after an hour there is still nobody with you. And yet you are standing at your door and urgently need to get in. At some point, the emergency service comes by and now the bill shows an eternally long journey, which is of course compensated for. This costs you a lot of money, even if the company was just around the corner. To avoid this, we have introduced our 30-minute guarantee. As the name suggests, we guarantee that we will be on site after 30 minutes. So after the call, we set off immediately and always choose the fastest and most direct route. Unfortunately, it is not always possible for us to really arrive after 30 minutes. For example, there was a traffic jam or we really did hit every red light. But don't worry, because in such a case we will credit you a discount of five euros as compensation. The satisfaction of our customers is very important to us.

Actually, you receive an invoice after the work is done and only then can you see how much you have to pay. You will easily fall out of the clouds when you see the total. This is also different with us, because Schlüsseldoc works with a fixed price. Every service has a fixed price, where, depending on your needs, a few additional allowances are added. This is the case, for example, if you use our service on weekends or after 20:00 hours. However, we do not want to hide any costs from you, which is why we tell you on the phone already which prices you have to expect. No more hidden costs or overpriced bills, but even before you use our service you can decide whether you like our prices or not. Accordingly, you can engage us afterwards or not.

Your satisfaction is our greatest asset

We don't want to accumulate more and more customers and get every order behind us as quickly as possible, but the satisfaction of every single customer is important to us. Although our goal is a fast and professional opening, we would like to be at your side as a guide at the same time. Especially if you are interested in new locking systems. We respond precisely to your needs and always comply with your wishes. The aim is to create a cooperation that will result in a satisfied and happy customer. Our many years of experience also speak for this, because we have been in operation since the beginning of the 90s. So call us and let the key doc in the 15th district help you! 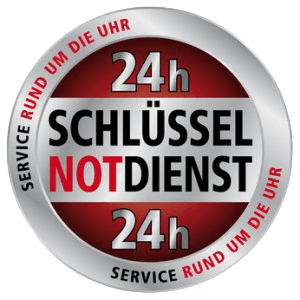